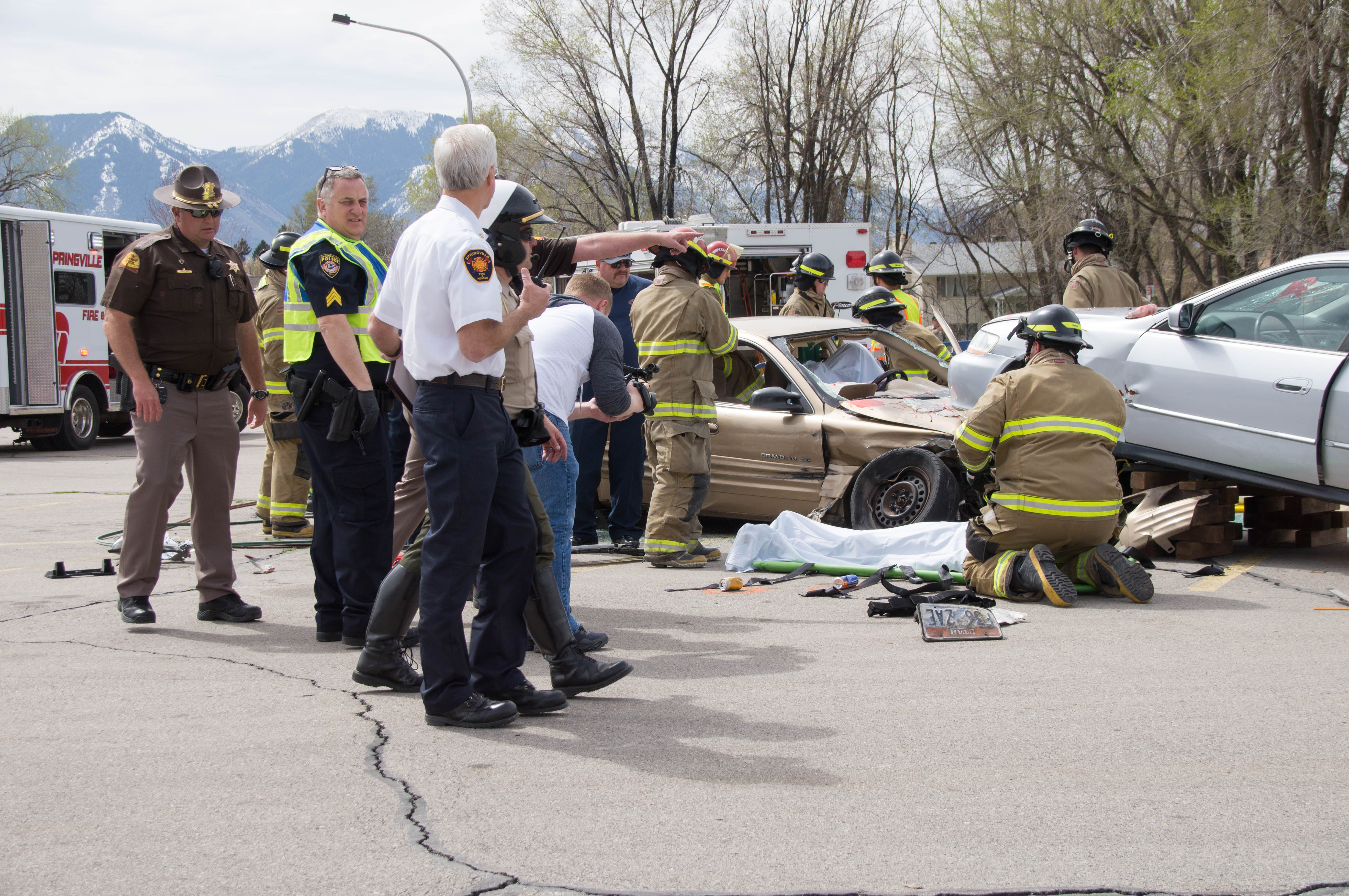 On April 10th, Trooper Blake Bradford and Section 6 troopers helped coordinate a mock crash presentation for the students at Springville High School. Trooper Bradford spent the past year coordinating with SHS officials and Student Body Officers, Springville PD and EMS, Utah County SO, and Life Flight in preparation for the event. 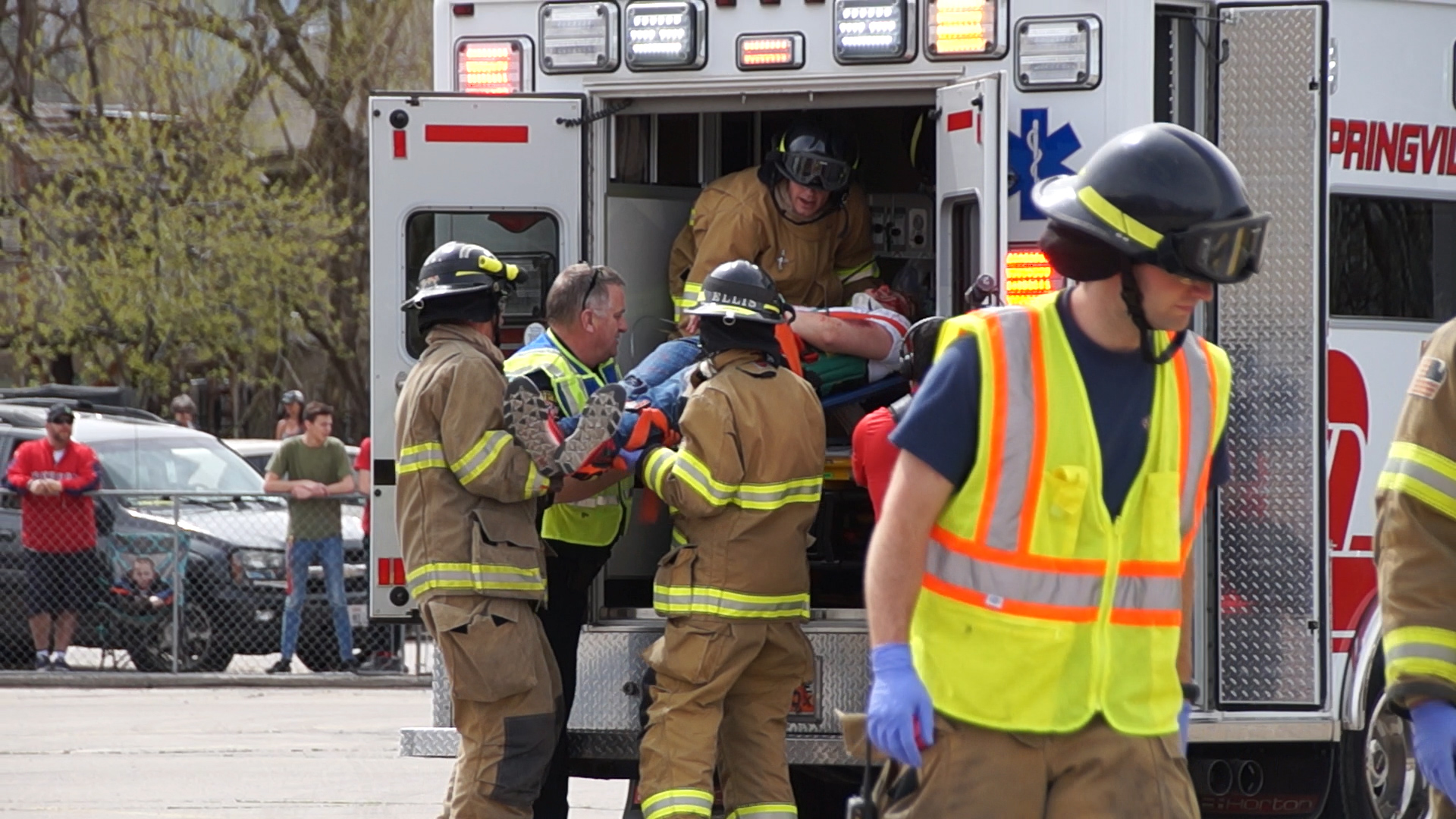 Judd’s Towing brought two wrecked vehicles to use in the presentation and Springville Fire Department helped stage the vehicles. The crash was designed to simulate a collision between an impaired driver and a distracted driver. 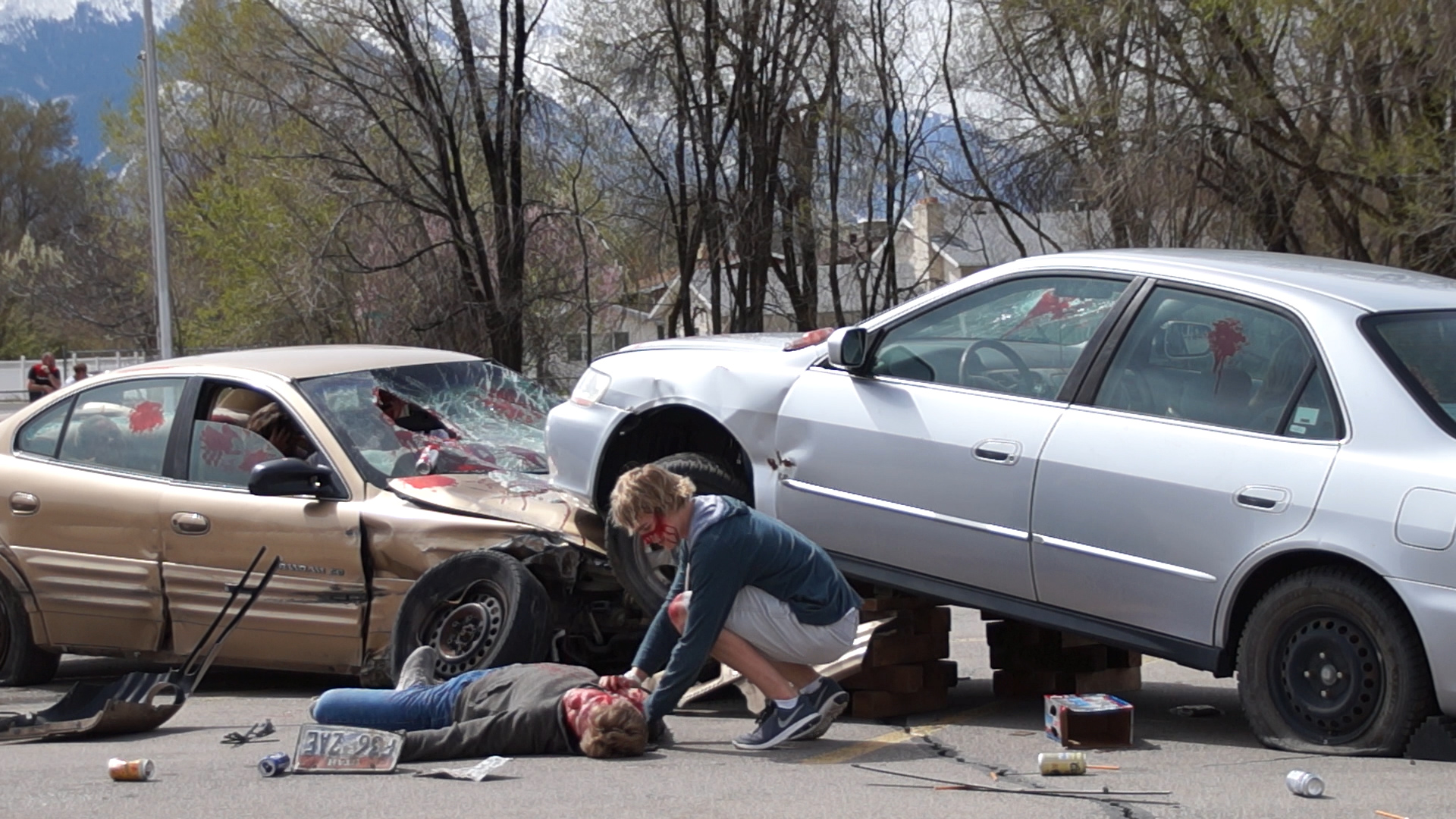 Students from SHS were used as actors for the crash, with two playing the role of drivers, two as fatal victims, and two as survivors. 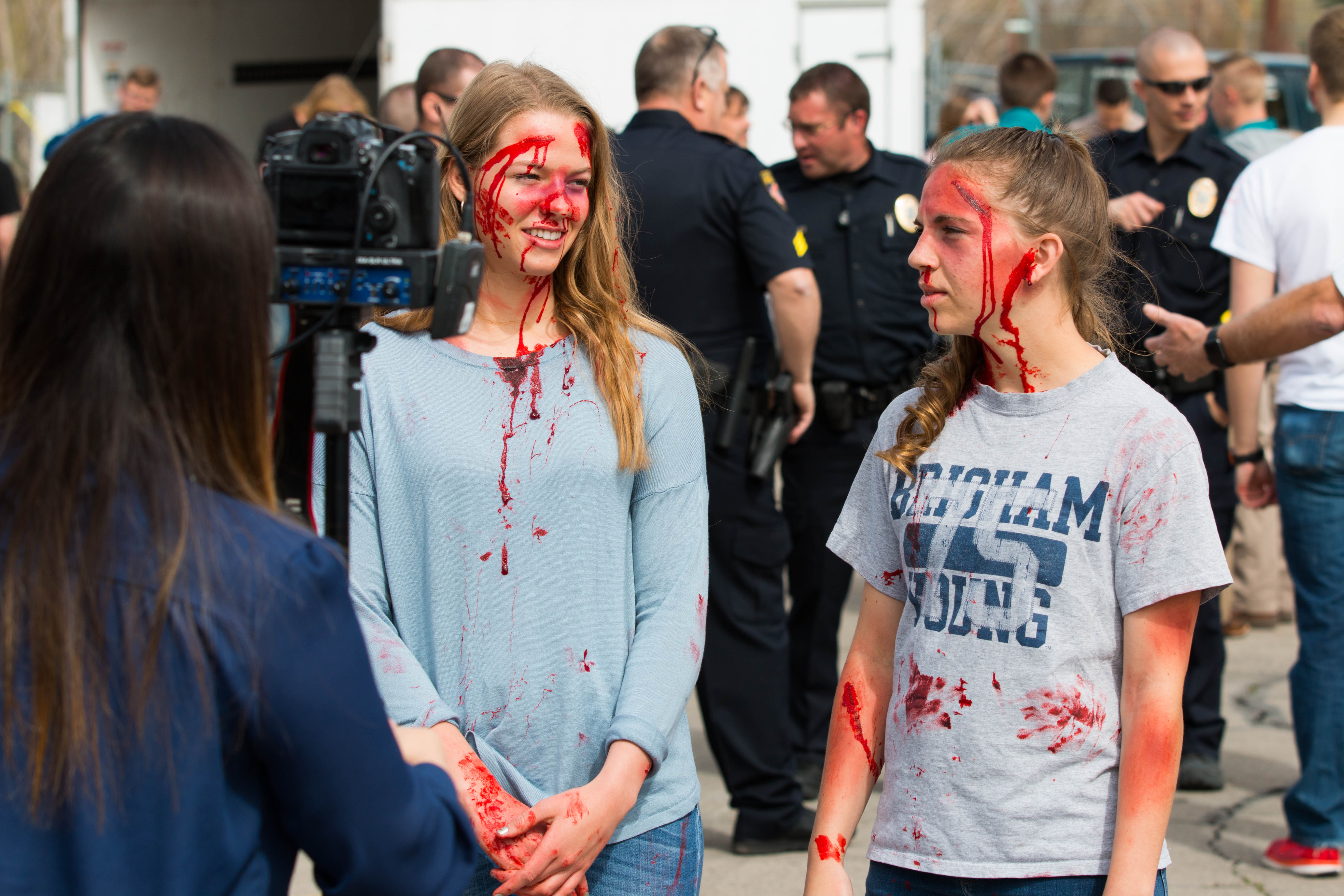 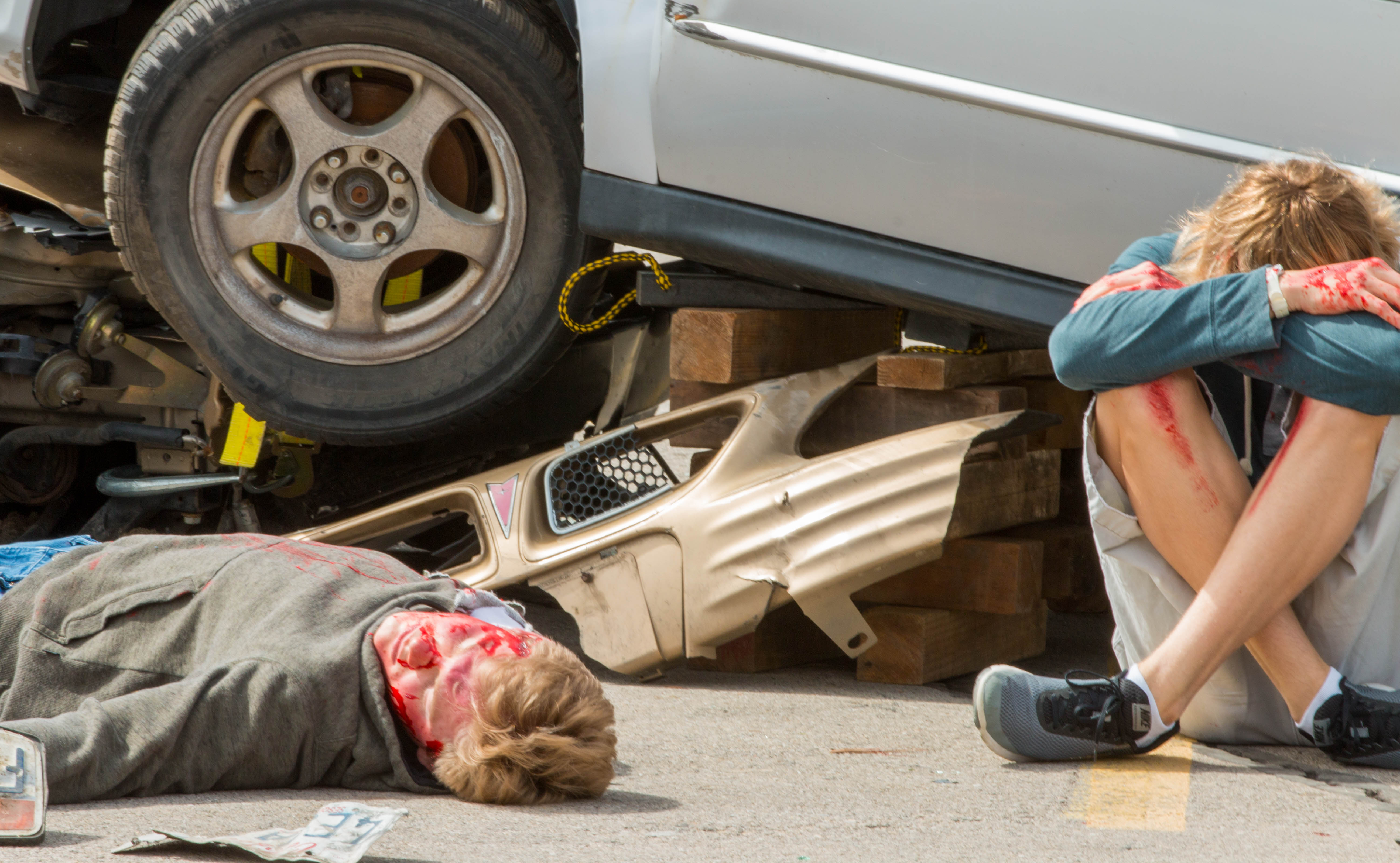 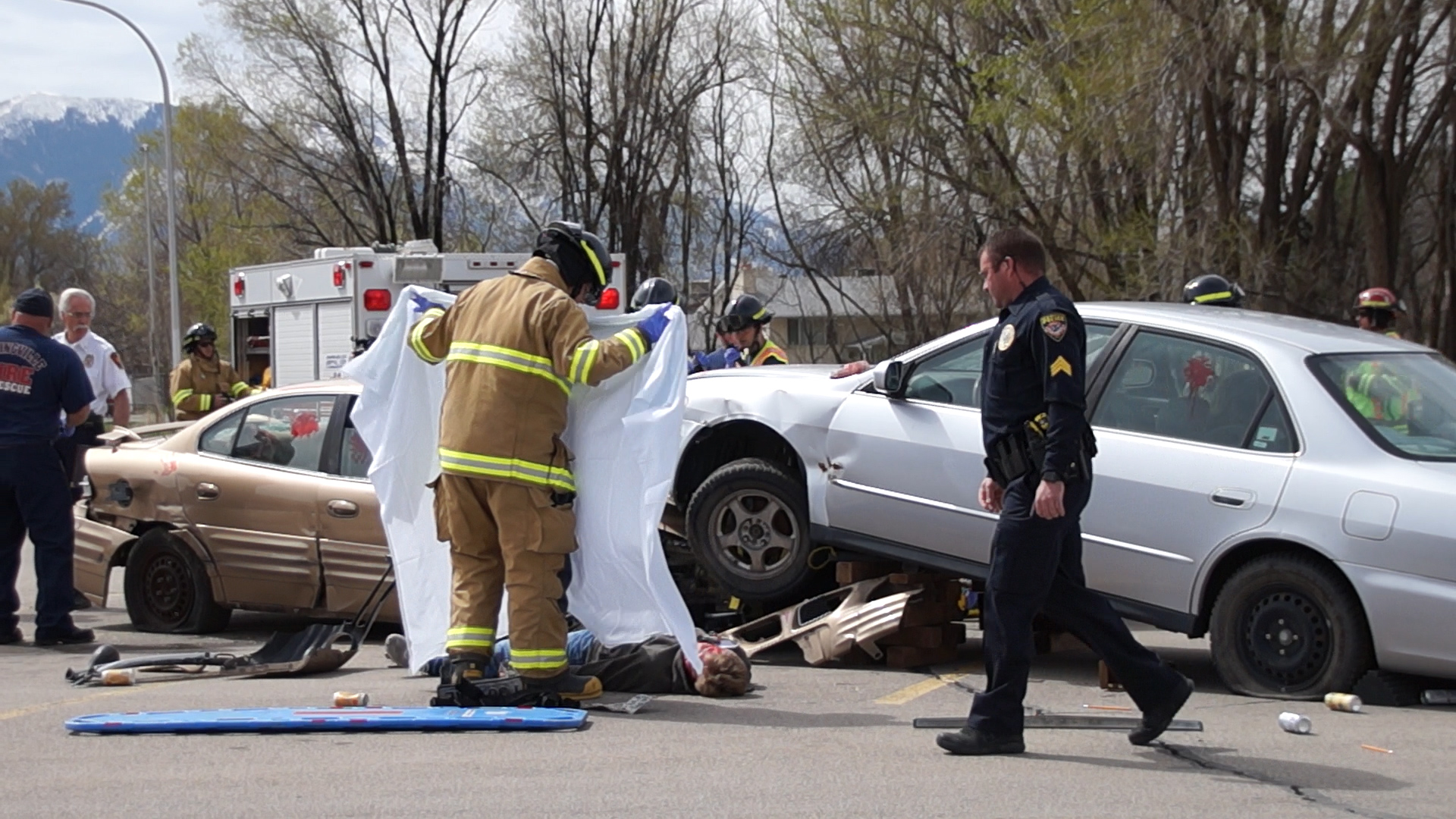 After the students were assembled around the crash scene and were given an introduction regarding the hypothetical events which led up to the crash, police and EMS personnel responded to the scene. 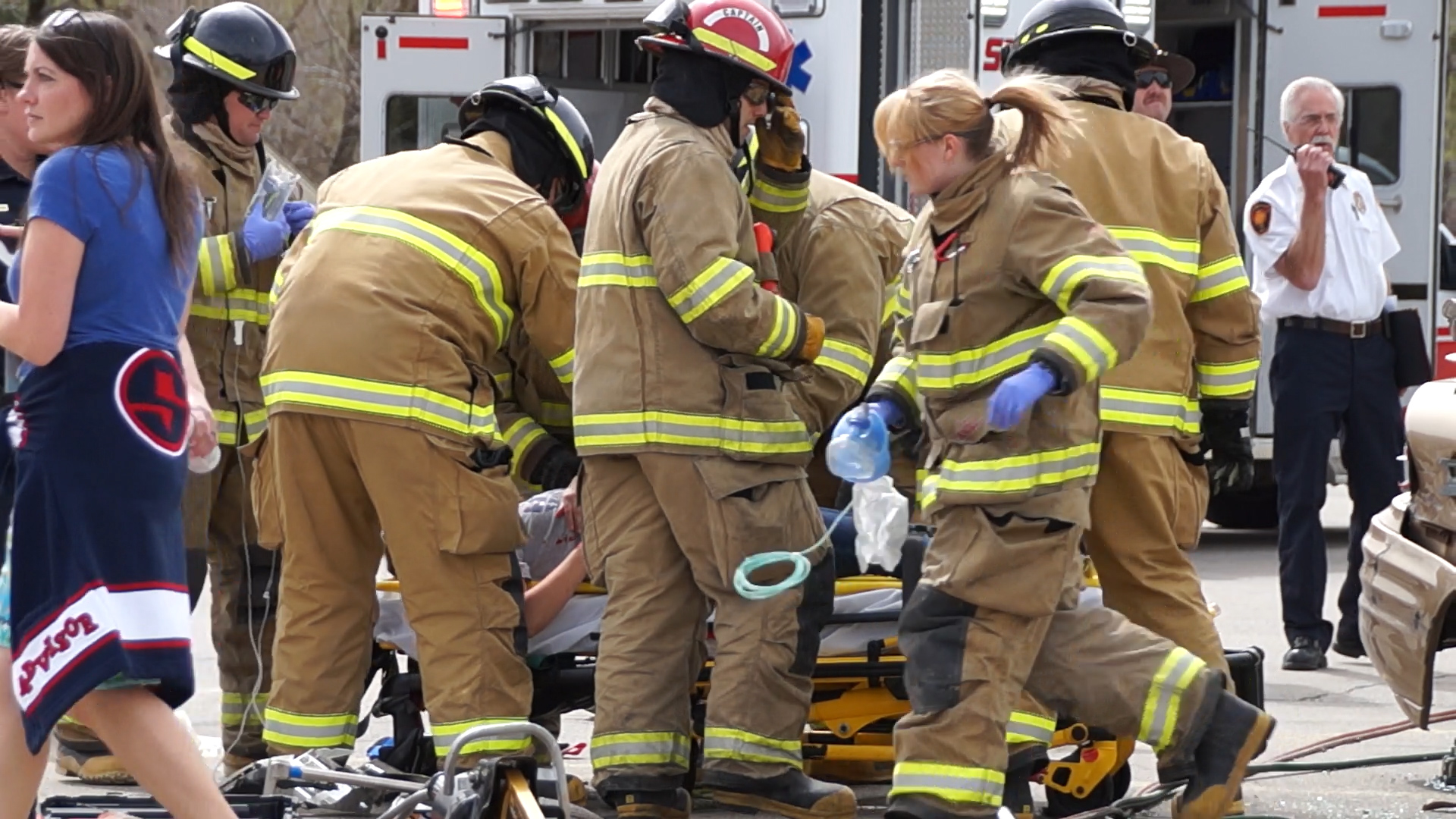 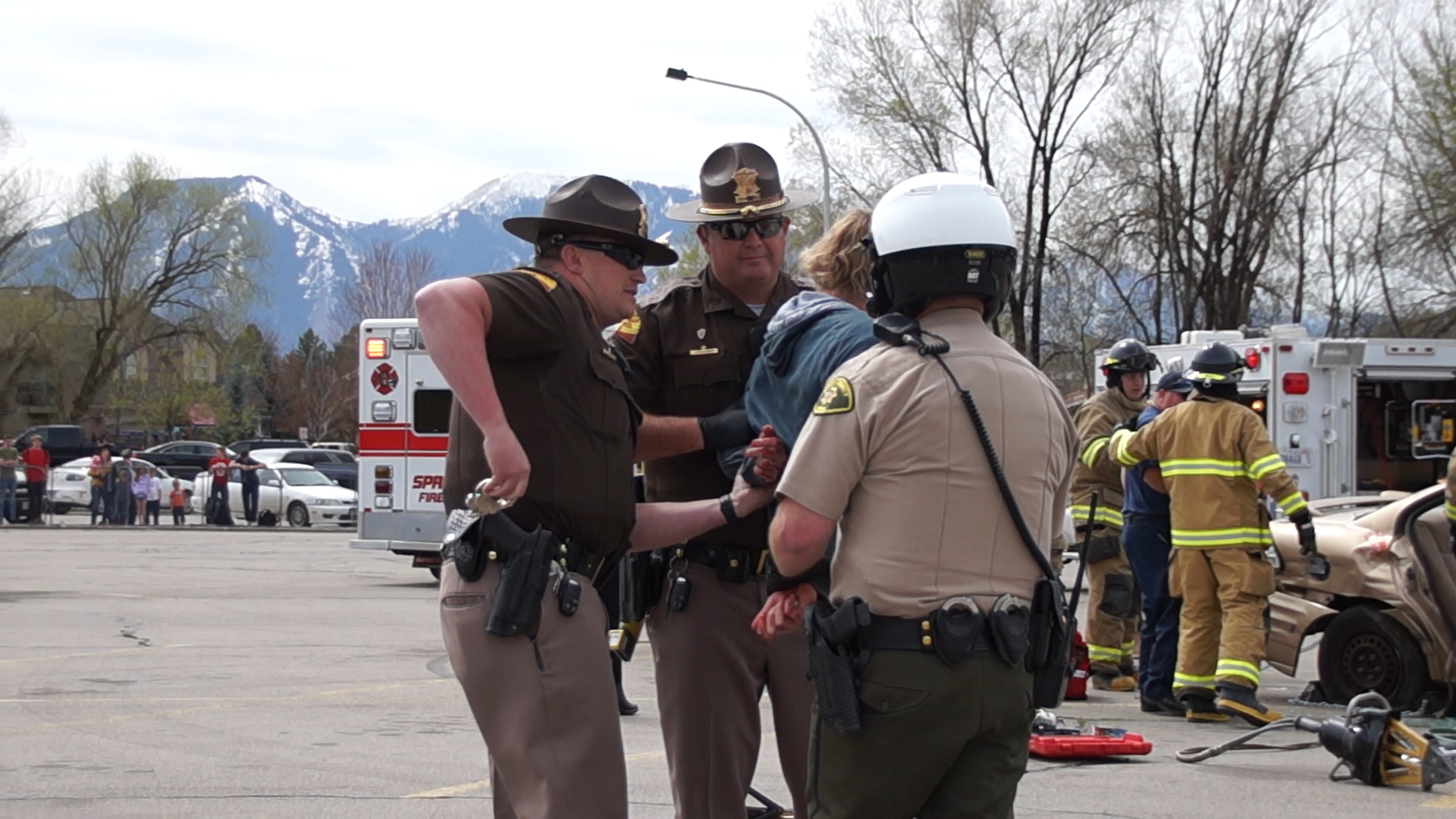 Springville EMS extracted some of the survivors from the vehicles and loaded them into a waiting ambulance and a Life Flight helicopter. 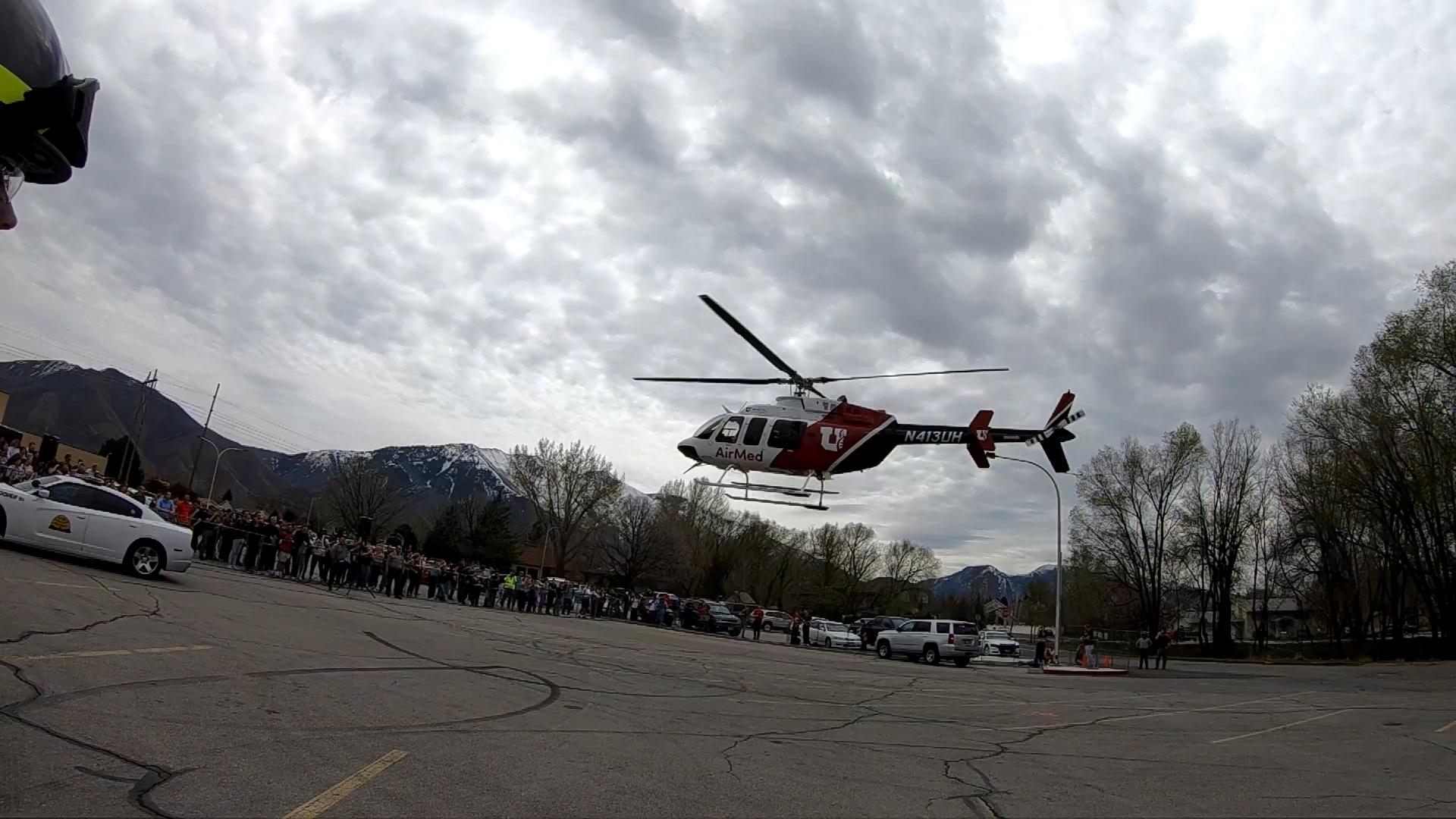 After these medical transports left, the students returned to the gym for a mock funeral for one of the victims. Walker Mortuary provided a casket and other items for the funeral. 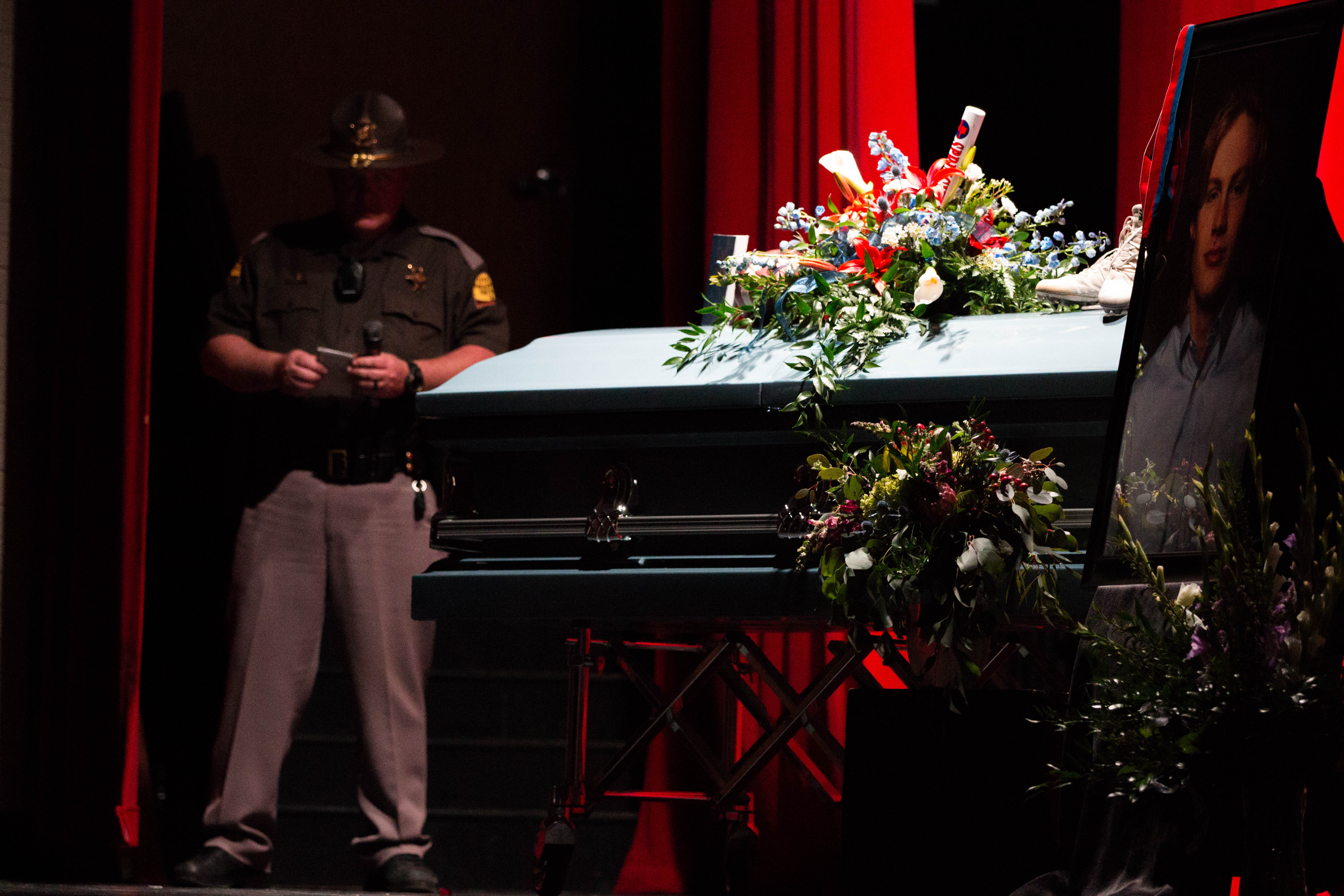 One of the main guest speakers at the funeral was Chris Hathaway, father of a Herriman High School student who was recently killed in a suspected distracted driving crash. This was the first time he has spoken in public since the incident. This PI&E event was extremely effective in helping these students understand the dangers of impaired and distracted driving.