Secure Your Load For Safer Roads 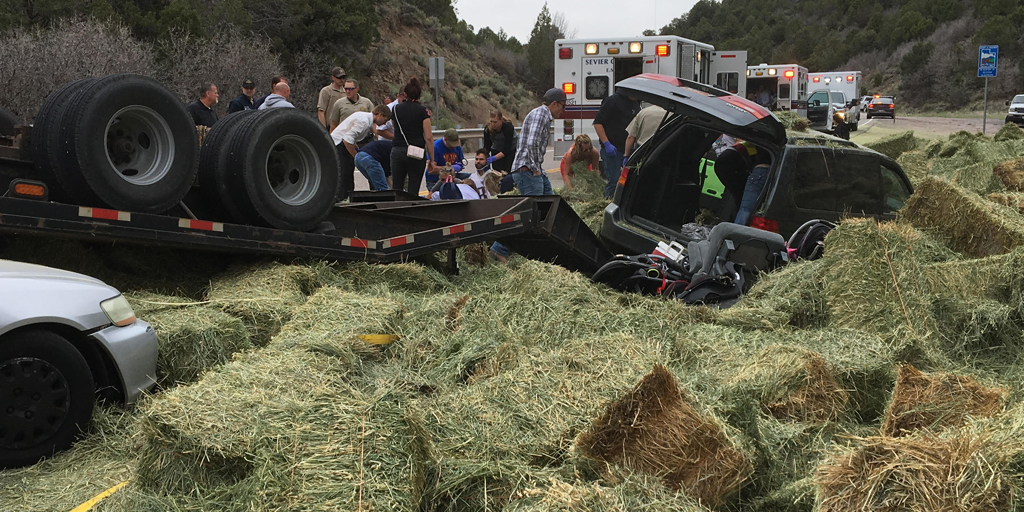 What do a treadmill, a ladder and bales of hay have in common?

They have all contributed to serious crashes on Utah roadways when they fell from vehicles on which they were not properly secured.

Unsecured load means the contents of a vehicle, operated on a highway, not sufficiently covered, confined, fastened, or otherwise secured in a way to prevent the contents from escaping the vehicle.

Debris that falls from a vehicle can collide with other vehicles or pedestrians, causing serious injuries or fatalities.

Debris-related crashes are much more likely to occur on interstate highways.

Driving at high speeds increases the risk for vehicle parts to become detached or cargo to fall onto the roadway.

UHP handled 26,000 calls for debris on the road last year.

There were 439 debris-related crashes on interstates in Utah in 2017.

The Utah Department of Transportation clears 8,000 tons of debris from the roads each year.

According to the U.S. Department of Transportation, at 55 miles per hour, an object weighing just 20 pounds that falls from a vehicle strikes with an impact of half a ton.

A study from AAA found that nearly 37 percent of all deaths in road debris crashes resulted from the driver swerving to avoid hitting an object.

Overcorrecting at the last minute to avoid debris can increase a driver’s risk of losing control of their vehicle and make a bad situation worse.

What You Can Do

Here are some questions to ask yourself: