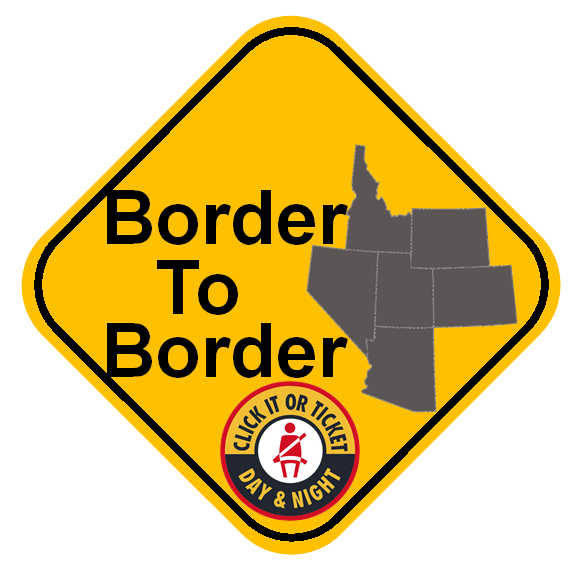 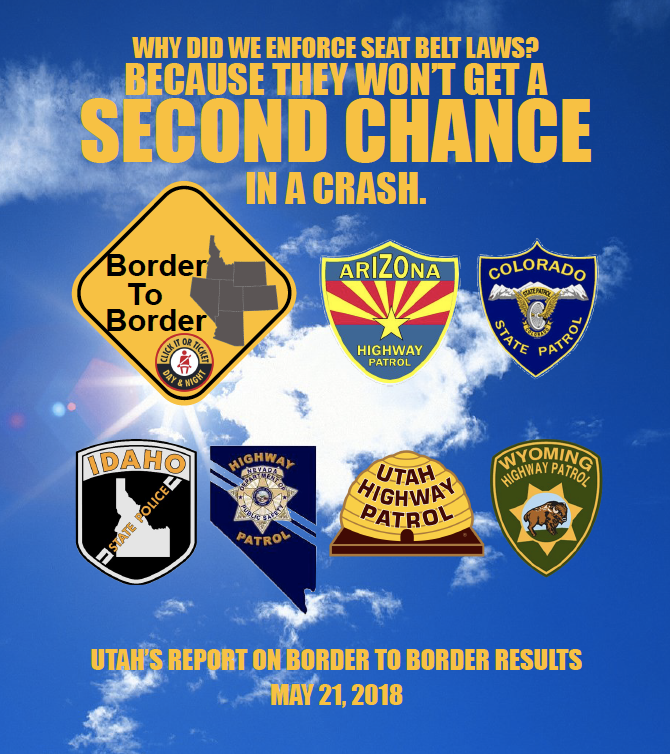 Six States Join In One Concentrated Effort to Save Lives

On Monday, May 21st, the Utah Highway Patrol joined law enforcement agencies in its five neighboring states and across the United States in mobilizing the Click It or Ticket “Border to Border” (B2B) Operation, a one-day national seat belt awareness kickoff event. Law enforcement agencies joined forces to provide increased seat belt enforcement across state borders, sending a zero tolerance message to the public: driving or riding unbuckled will result in a ticket, no matter what state.

The B2B program aimed to increase law enforcement participation in the Click It or Ticket mobilization by coordinating high visibility seat belt enforcement. Utah partnered with law enforcement agencies in neighboring states including Colorado, Idaho, Nevada, Wyoming, Arizona and even New Mexico, even though it only shares a corner with that state.

This “Border to Border” initiative took place during the national seat belt enforcement campaign, which is running from May 21 through June 3, concurrent with one of the busiest travel and holiday weekends of the year.

“This effort demonstrates six states joining together in one concentrated effort to save lives by increasing seat belt use,” said Utah Highway Patrol Colonel Michael Rapich. “We are proud to join our neighboring states in a unified effort to increase traffic safety and reduce fatal crashes by sending a zero tolerance message about riding unbuckled across the Intermountain West.”

According to the National Highway Traffic Safety Administration, nearly half (48%) of the passenger vehicles occupants killed in crashes in 2016 were unrestrained. At night from 6 p.m. to 5:59 a.m., that number soared to 56 percent of those killed. That’s why one focus of this year’s B2B and Click It or Ticket campaign is nighttime enforcement. During the two weeks of Click It or Ticket, participating law enforcement agencies will be taking a no-excuses approach to seat belt enforcement, writing citations day and night.

To demonstrate the cross border partnership, agencies from the neighboring states gathered regionally prior to the enforcement period and some gathered on the day of the enforcement. The resulting photos will be utilized to highlight the interagency cooperation for local media and citizens. Several of the photos appear below. 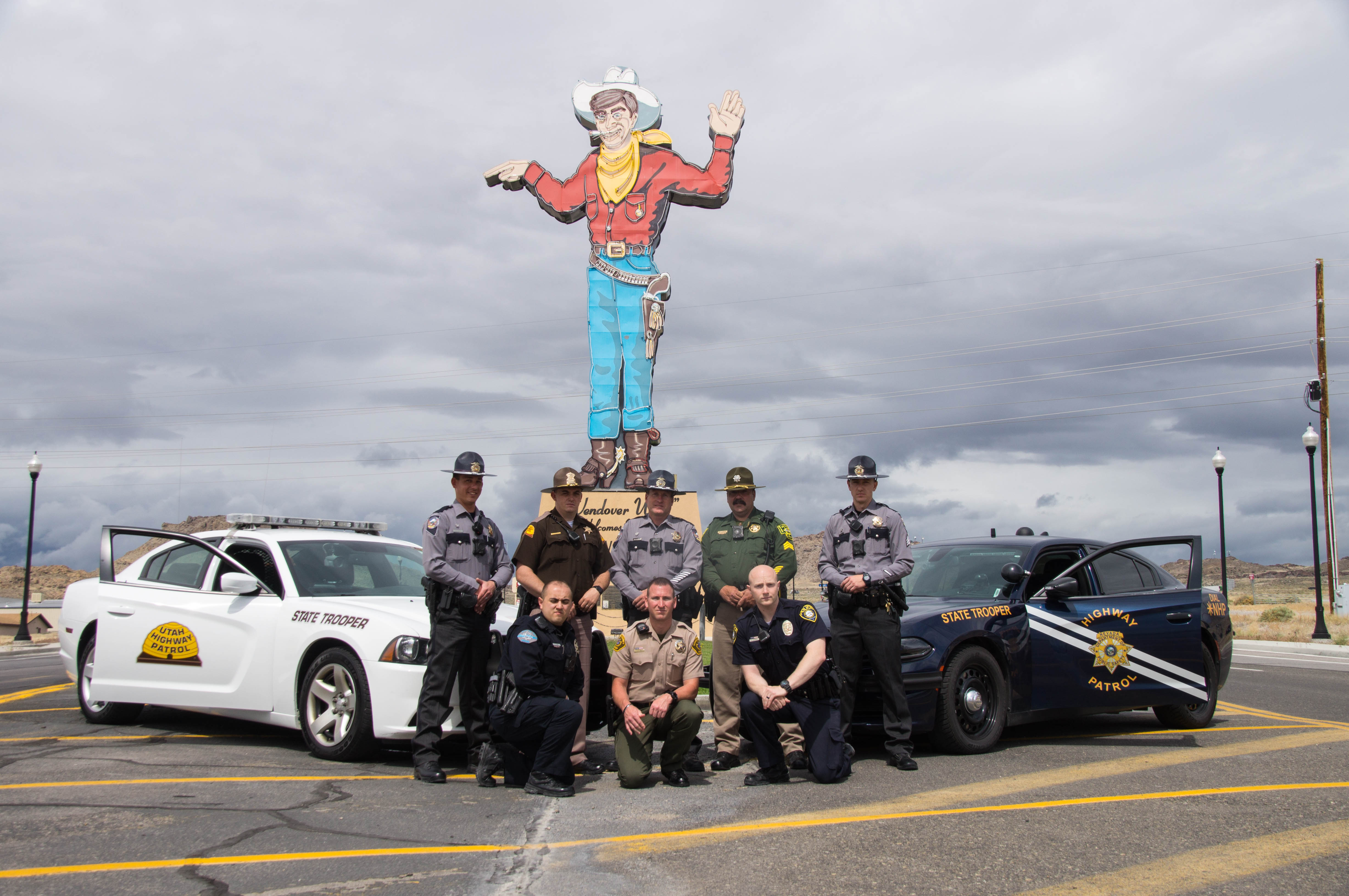 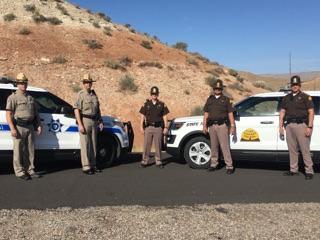 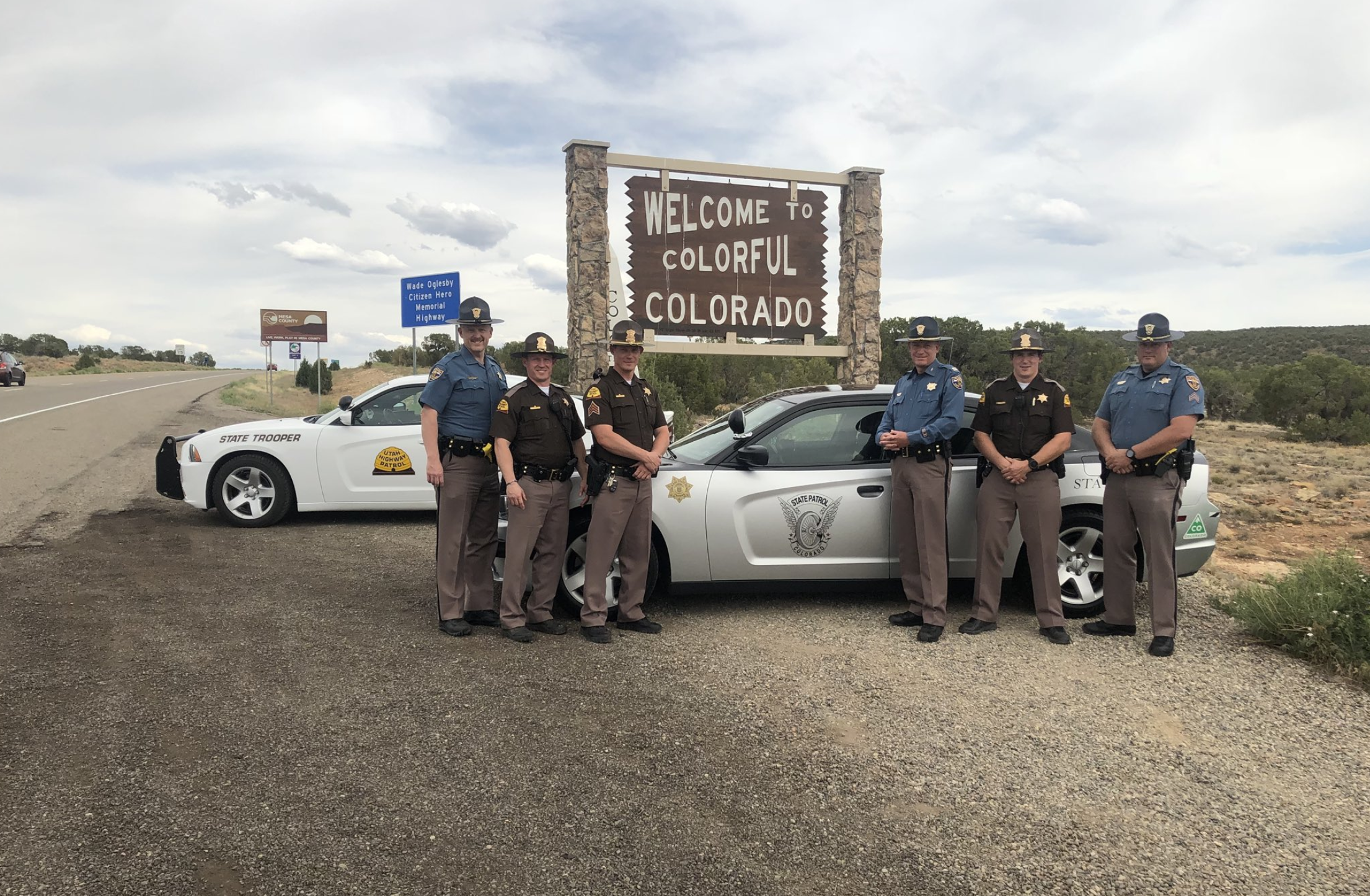 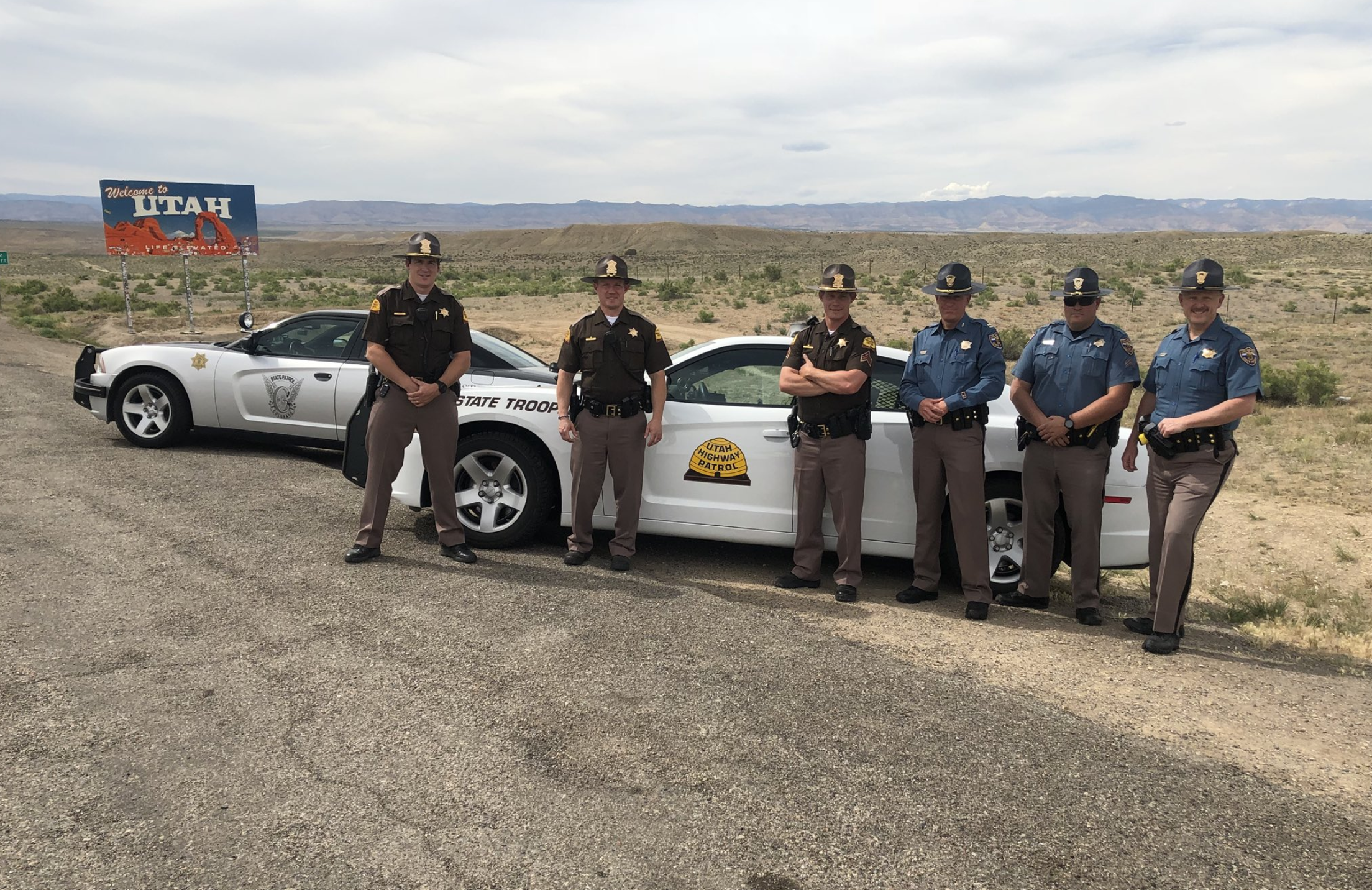 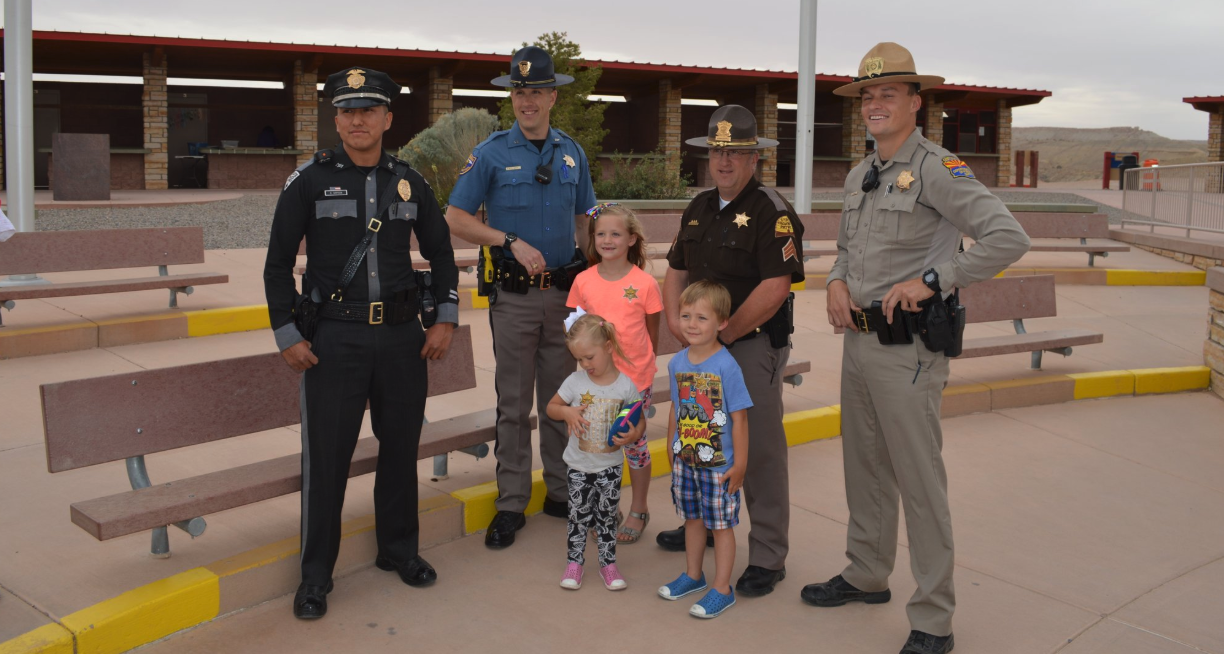 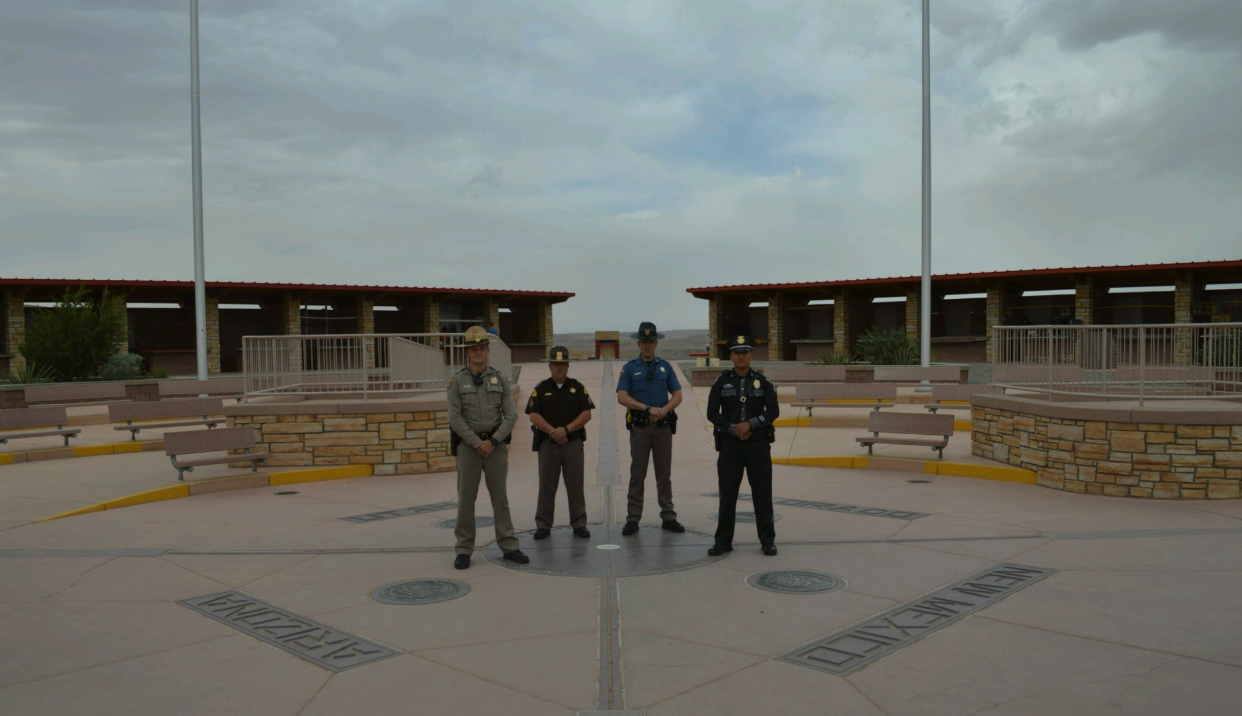